10 Richest and Wealthiest People in Nigeria 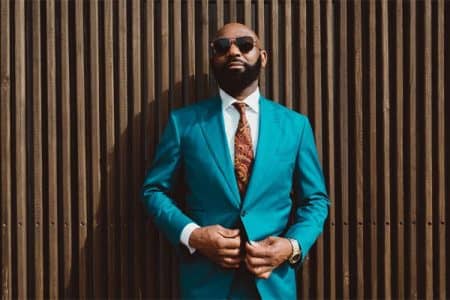 It comes as no surprise that Nigeria is the most well-known country in Africa. In fact, Nigeria is single-handedly the largest contributor to Africa’s GDP. It is undeniably a collective effort, both between the businesses and customers. However, there is no doubt that the economy is mainly powered and controlled by the individuals at the top of the chain. Many businesses local to Nigeria are under the control of the wealthiest people in Nigeria. Here is a list of the richest people in Nigeria!

With a net worth of around $12 billion, Aliko Dangote is the richest man in all of Nigeria. Aliko Dangote’s main revenue seems to come from involvement in the cement industry – which further branched into salt, sugar, and other edible commodities.

Coming up in second place is Mike Adenuga with $6.3 billion in net worth. Mike Adenuga’s main income is due to his increasing number of business ventures, including telecommunication, oil production, and other industries.

With $5.5 billion to his name, Abdulsamad Rabiu takes the third position. Born into a wealthy family, Abdulsamad Rabiu went on to found and further expand the BUA group. The group engages in everything from cement, iron, and food to real estate and ports.

Femi Otedola takes the fourth place on this list with a net worth of $1.8 billion. As the founder of Zenon Petroleum and Gas Ltd., Femi Otedola owns more than 500 gas stations throughout Nigeria.

At a net worth of $1 billion, Folorunsho Alakija takes the fifth spot. She is the first woman to take a place on the list of the richest people in Nigeria. Folorunsho Alakija is a businesswoman involved in various industries, including but not limited to fashion, oil exploration, real estate, and much more!

Almost at a tie with Folorunsho Alakija, Uzoma Dozie Paschal has an estimated worth of $1 billion. Uzoma Dozie founded the Diamond bank decades ago, and since then, he has also founded Sparkle, the latter of which is more responsible for his title.

Jimoh Ibrahim also has an estimated worth of $1 billion. A Nigerian lawyer and businessman, he is the CEO of Global Feet Group, which operates worldwide.

Orji Uzor Kalu is another with an estimated net worth of $1 billion. His business journey kick started with the military regimes decades ago, and he has only increased his repertoire since then, diversifying into oil, shipping, media, and manufacturing.

With a net worth of $980 million, Jim Ovia is another investor that greatly benefited from the military regime of Ibrahim Babaginda. Besides being an investor in the finance industry, he also owns Visafone, one of Nigeria’s biggest mobile telecom operators.