5 best cities to live in Nigeria 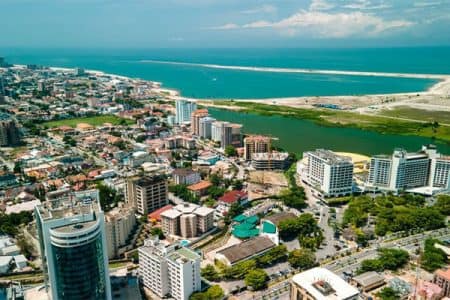 Western media has painted Nigeria in a harsh light. That may be the main reason why one might be hesitant about wanting to live in the country. However, Nigeria isn’t all that bad; contrary to popular belief, Nigeria is a land of open doors and countless opportunities, one of the fastest emerging economies globally. Wondering where to live in Nigeria? Here is a guide to the five best cities in Nigeria!

Lagos is, without a doubt, one of the most well-known cities in Nigeria. Not only is it a stunning tourist destination, but it is also known for its advancement in technology compared to other cities. What many might not know is that Lagos is known for its incredible commerce and corporate world. The division between the Island and the Mainland allows the commercial hub to reside in a completely separate part, so the Island isn’t flooded with that crowd.

Although known as the “ancient city”, Ibadan is one of the best cities in Nigeria. It is a heavily populated city, but that is only a testament to its living conditions. The city boasts universities, top-class infrastructure, museums, and zoos. It is also the city that houses the first teaching hospital in Africa. Ibadan is well-loved for its beauty, and it comes as no surprise that it is one of the most sought-after tourist destinations – with its museums, cultural heritage, and modern developments; you’ll never be tired of this city!

As Nigeria’s capital, Abuja definitely earns its place on this list. Naturally, being the capital means it’s more well-funded than most other cities, making it one of the most developed cities in the country. It is a popular opinion that finding residency in Abuja means you will live a comfortable life, no matter your social standing in society. The city’s lakes and parks are perfect spots to relax and unwind from a long and tiring day. Abuja is well-designed, so you can be sure that the infrastructure is the best of its kind.

Initially known for its peaceful and serene environment, Uyo has only seen growth since the start of democracy in Nigeria. Now, Uyo is a city that takes pride in its infrastructure and entertainment facilities, both of which are internationally acclaimed. The city also houses a world-class library and a 30,000 seater stadium, so there’s no limit to the entertainment you can find there. On top of all that, Uyo is also known for being an oil-producing region.

In the middle belt of Nigeria lies Minna. Minna is well known as a serene city, with a quiet beauty you can only find in the city itself. Although Minna was originally a labor camp for railway construction, it is now a hub of commerce. Its origin has only led to its development throughout the years. It is not as popular as other cities on the list, yet it is rich in tradition and culture. This is the perfect city to live in for those who take comfort in the lack of crowds and commotion.