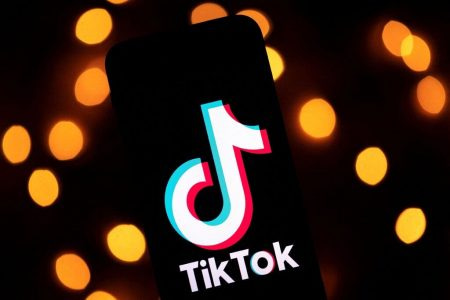 TikTok, a mobile application that is taking the entertainment and social media industry by storm, is a video-sharing platform that was launched back in 2016. Ever since its release, it has been downloaded over two billion times across the world, according to research done by Sensor Towers. The app has been used by big brands, such as NBA, The Washington Post, Amazon, and Gymshark. Celebrities including Justin Beiber, Jennifer Lopez, Jimmy Fallon, and Will Smith have also hopped onto the TikTok bandwagon and enjoyed the massive attention and success that comes with it.
By this point, you probably have a good idea of how famous TikTok has become over the past few years. It’s, therefore, understandable that Nigeria as well as a massive portion of its population that is thoroughly invested in the content on TikTok, be it comedy, lifestyle, pranks, skits, or education. And as we all know, behind every great TikTok is an even greater influencer who plans out those videos carefully, handles the videography and editing of the shoot, and makes sure that those videos are just the right fit for their audience.
Here are five of the most famous Nigerian influencers on TikTok:

Don Jazzy
Michael Collins Ajereh, also known as Don Jazzy, is a Nigerian singer, entrepreneur, comedian, record producer, and one of the biggest stars on TikTok. Because of his prominent position in the entertainment industry, a lot of people give credit to him for starting the whole TikTok phase for the younger generation in Nigeria. The bulk of his content consists of hilariously relatable skits that are bound to have you slapping your thigh in laughter.
You can follow him @donjazzy on TikTok. As of date, he has 1.3 million followers and 3.4 million likes on his content.

Iyabo Ojo
Alice Iyabo Ojo is another incredibly talented individual who has featured in around 150 films and has produced more than fourteen of her own pieces. Having been involved in drama and acting for the greater part of her life, Ojo was an instant hit amongst the youthful Nigerian audience on TikTok. She regularly produces content related to comedy and fashion, two areas that she is more than qualified to talk about given her extensive experience in both fields.
You can follow Iyabo Ojo @iyaboojo on TikTok. She is one of the most viewed Nigerian celebrities with around 1.4 million followers and an impressive 8.3 million likes on her TikToks.

Taaooma
Maryam Apaokagi, known more commonly on her socials as Taaooma, is a comedian, actress, content creator, and social media influencer. After pushing her fiance to teach her how to edit videos and learning from him, she started to post comedic videos online that garnered the attention of quite a few viewers. Her breakthrough skit was in 2019 about African parents dropping their kids off to school, and the realistic impressions of these skits were what catapulted her to stardom. After winning the “Best Online Comedian Of The Year” award in 2019, she also won the category of “Social Entrepreneur” in 2020 for Nigeria’s 25 under 25 awards.
Taaooma is one of those key content creators and influencers who has successfully shifted her focus from Instagram and Twitter to TikTok over the years and has managed to expand and diversify her audience rapidly. You can find her on TikTok @taaooma, and marvel at her content alongside her 2.6 million followers and 28.5 million likes.

Jenni Frank
Onyekwelu Jennifer Ebere, aka our one and only queen of the slow-mo challenge on TikTok, is all set to bring about some change in 2022 with her content. This TikTok influencer originally rose to fame after sharing creative videos regarding her dance routines and duets related to pop culture. In 2021, Jenni Frank stated that she had a fun and creative year with lots of brand deals and sponsorships. However, in 2022, she plans to focus all on creating value and being consistent and sustainable. Given all this, she’s established herself as both an iconic and culturally aware personality in Nigeria’s pop culture industry.
You can find Jenni Frank on her TikTok page, @jennifrank29, and help her get the followers to count from 2.9 million to 3 million! With someone who puts out content that has accumulated around 46.7 million likes, you’re sure to find something in her videos that can entertain you.

The Twins
TikTok’s favorite Nigerian influencer twins, Moyin and Doyin, are here to entertain you with mischievous pranks they play on their mother that are going to have you doubling over with peals of laughter! These identical twins often switch things up in their content by adding quirky dance moves and challenges that you find yourself following along to almost unconsciously. It’s no wonder then that they are one of the most famous influencers in Nigeria.
You can follow the twins on their TikTok page with the handle @twinzloves. As of date, the twins have 2 million followers and over 18.3 million likes.

A final word
If your favorite Nigerian TikTok influencers haven’t been mentioned in this list, don’t fret! These are only five of the top content creators that have been adding to the Nigerian entertainment industry in recent years and have been exposing the Nigerian culture to a nationally and culturally diverse audience. The list of these TikTok influencers is only suspected of growing over time, given the ever-increasing rise in the popularity of the app in the country. We’re looking forward to adding more and more names to our list of the best Nigerian content creators on TikTok!