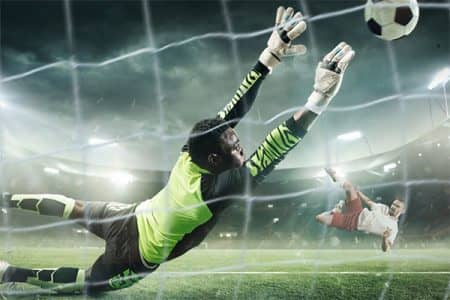 For football clubs in Africa, the Northern areas of the continent have so far dominated 2022. This is a change from a few years back when the Southern parts were delivering some stiff competition, including notables such as the Orlando Pirates, Kaizer Chiefs, and the Sundowns. Horoya from the West also performed well, as did TP Mazembe from Central Africa.

African football is not the same scene as the European or South American football stage, because winners are unpredictable and have shown that even underdogs can come out on top with a surprise win.

Check out the Top 9 Football Clubs in Africa currently dominating the football scene.

Zamalek SC started in 1911 and has been quite successful in racking up trophies. They have won the premier league 13 times, the CAF Champions League 5 times, 4 CAF Super Cups, and 2 Super Cups.

Dynamos F.C is affectionately known by its fans as De-Mbare inside Zimbabwe. It has been a professional Zimbabwean football club since 1963 and has won 22 league titles, 16 cup titles, and 6 national titles.

The Kaizer Chiefs hail from Johannesburg and have earned the nickname “ Amakhosi,” which means “Lords” or “Chiefs”  in Zulu. They are considered one of South Africa’s most successful football teams with over 20 million supporters. They have won the National Soccer League 3 times, the Premier Soccer League 3 times, and have won the African Cup once.

The AS Vita Club is based in the Republic of Congo at Kinshasha. They were first formed in 1935 and have been the front runners in the Coup du Congo nine times and the victors of the Linafoot 12 times. They have also won the Papa Kalala Challenge twice and won the championship in the African Cup of Champions Clubs of 1973.

Al Hilal is another high-performance Sudanese club that started in 1930 in Omdurman. They took home the Sudan Premier League title 7 times over the last 9 seasons and have scored the crown 27 times in total.

This Casablanca-based club was founded in 1949 and since then they have been racking up some significant wins, including 1 CAF Confederation Cup, 2 CAF Super Cup, 1 Arab Cup, and 1 CAF Cup. In addition, they also triumphed in 1999 when they took home the Afro-Asian Club Championship. Also in their list of achievements are 8 titles for the Moroccan Throne Cup and 11 Moroccan League titles.

This club is based in Omdurman and plays in the Al-Merrikh football stadium, famous among locals and nicknamed the Red Castle. As one of the longest-running football clubs in Africa (since 1908), Al-Merrikh has been victorious in the Sudan Premier League 18 times. The club also has the honor of being the first club to win the Sudan soccer championship in 1934.

This Congolese football club has been around since 1939 (formerly known as Englebert) and now has 5 CAF Champions, 3 CAF Super Cups, and 2 CAF Confederation Cups, with a revenue of around € 14 million and an attendance draw of 18,000. They won the African Cup Winners’ Cup in 1980 and the Final World Cup in 2010.